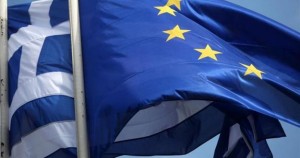 The Eurogroup will meet tomorrow to discuss the future of the Greek bailout, and review the economic and budgetary situation in the countries, after the forecast released on Tuesday by the European Commission (EC) for this and the next two years.

The debate will begin tomorrow, and the Eurogroup will issue its findings at the special meeting scheduled for November 21.

At the meeting, the Greek Finance Minister, Gikas Jardúvelis, will explain what the Government of his country intends to make in January after winning the European part of the rescue.

A day after the Eurogroup, all the Ministers of Economy and Finance of the EU will meet at the Ecofin, where they will analyze and review the country contributions to the budget in 2014, which in the case of the UK is of more than 2 125 million euros, which it refuses to pay on December 1, willing to find a solution.

Furthermore, it will be analyzed the plan of Spain and ten other countries of agreeing before the end of the year the details of the tax on financial transactions to enter it progressively from 2016.