Expectations of entrepreneurs at draft Law on Production Incentives 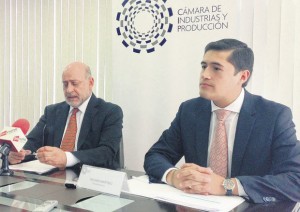 After the Executive branch sent to the Assembly on Friday, November 28, as a matter of economic emergency, the draft Law on Production Incentives; the expectations of entrepreneurs began to be generated. The President of the Chamber of Industries of Pichincha, Richard Martínez, stressed the exoneration for new investments, the calculation of the advance excluding the revaluation of assets and tax stability agreements.

However, he said that the entrepreneurs want more details. For example, to know how the covenants of tax stability are going to be complied or if the investment commitment, set at $ 100 million, can be lowered.

For Roberto Aspiazu, Director of the Entrepreneurial Committee, the bill should be framed in broader policies that promote investment. “If the government wants to send a signal to the effect of boosting the private investment, is positive, but it should be consistent. Moreover, it seems it has been delayed. Let’s see how it runs,” he said.

While the objective of President Rafael Correa is to achieve more private investment which, added to the state, serve to attenuate the impact of falling oil prices. “(The law) would generate a higher income to the treasury, which would allow to finance the State Budget,” said on the bill Fausto Herrera, Minister of Finance.

Text amendments were not modified in the debate of the Assembly