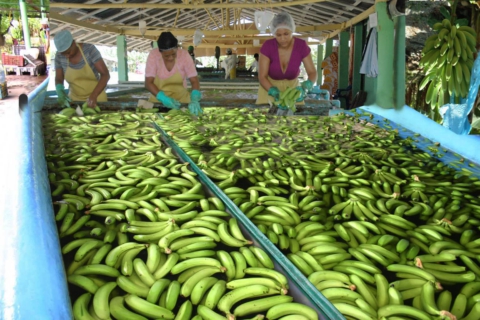 Exports, one of the most important sources of foreign exchange for the country, slumped by 25.5%.

According to the Central Bank of Ecuador (BCE), from January to March last year, sales of Ecuador to the world totaled 4,870 million dollars, but in the same period this year, these revenues decreased to 3.627 million dollars.

Tuna sales remained almost static at 22 million and coffee sales barely rose, standing at 4.4 million, up to the third month of this year. Authorities have insisted that, given an appreciation of the dollar, Ecuadorian products have become more expensive in relation to other currencies and that has reduced the demand for domestic goods.

What continues to be remarkable is the closeness between income arriving by sales of oil and bananas. The first reached 837 million dollars, while in the second, 712 million dollars, according to BCE (Central Bank of Ecuador for its Spanish acronym) statistics. Fish placements also collapsed: these went from 53 million to 33 million.