Due to low oil prices, extra gasoline will drop from $ 1.85 to $ 1.75, while diesel from $ 1.03 to $ 1.00. This is the result of the new fuel price system that the Government will apply and that has just been announced in a national chain, provided by the President of the Republic Lenin Moreno. 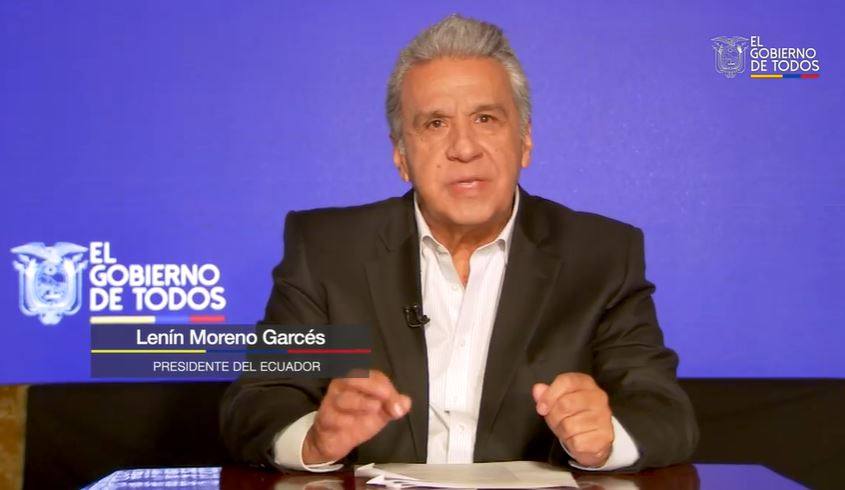 However, when the price of crude oil increases, a band system will be applied that prevents prices from skyrocketing .

The issue of changing the fuel price system was one of the key announcements in a series of economic measures taken by the Government . The Government has also planned a reduction of spending of $ 4 billion in the public sector. For this, a decrease in the wage bill of $ 900 million has been decided, which will be achieved by reducing the working day to 6 hours.

Additionally, expenses of $ 400 million in goods and services will be lowered; as well as the reduction of $ 1.3 billion of interest, as a result of the debt renegotiation.

President Moreno also spoke of the significant reduction of the public sector. The TAME company, which has lost 400 million, will go into liquidation, except on routes where it is the only connection. Several public companies will be closed and several ministerial entities, as well as embassies and consulates, will be merged and eliminated.

Among the companies that he announced will be closed are: Railways, Siembra Public Company, Public Media, Create, Strategic Ecuador, Ecuador Post, National Storage Unit, Tame Airline, of which Moreno said that it will remain only on routes where there are no other flights.

They will also eliminate the Works and Real Estate Contracting Service.

Gas is not touched

Regarding the new price commercialization model, the Minister of Energy, René Ortiz, reported that the great change is that the new system is at market price . This is associated with another issue that is the freedom to import fuels. There will be a fluctuation of prices, but with the bands an indiscriminate rise will be avoided. In any case, the public and inter-provincial transport sectors are considered vulnerable and for them the subsidy would be targeted when the price increases. As for domestic gas, there is no change in the price, said Minister Ortiz. (I)