Family members of murdered Ecuadorian couple will go to the IACHR 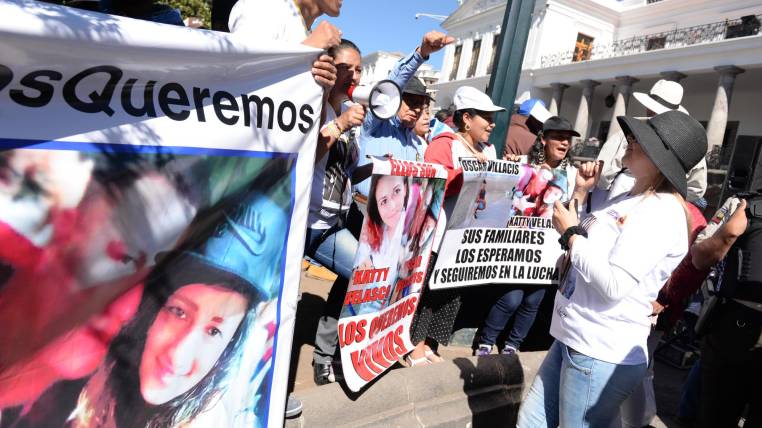 Relatives of the Ecuadorian couple kidnapped when they moved to the border area with Colombia and murdered in captivity, announced on July 30 that they will go to the Inter-American Commission on Human Rights to request further investigations in order to clarify the case.

Geovanna Velasco, Katty’s sister, who, according to the Ecuadorian and Colombian authorities, was murdered by FARC dissidents along with Óscar Villacís, told Efe that in August they will present their case before the IACHR.

“We go to the IACHR because we want this case to be clarified because here until now we have not received any response,” Velasco said, adding that they also do not have results on his request to declassify the documents in the case.

Geovanna Velasco said that, apart from a video in which the couple asked for help for their release, there are others, including one from the hotel where they stayed, who want to be analyzed to determine, among other issues, the place where the couple was kidnapped.

“We want to investigate and know in depth what happened, why they were killed in that way,” he said and claimed that no authority in Ecuador or Colombia has provided more information about the case.

They also do not have an interview with representatives of the Government despite their requests, he noted, noting that last week they met with a team from the IACHR that visited Ecuador to advance the case that investigates the kidnapping and murder in captivity of a team of press of the newspaper El Comercio, of Quito.

The corpses of Velasco and Villacís were found in a jungle area of the municipality of Tumaco (department of Nariño).

According to the director of Legal Medicine of Colombia, Carlos Valdés, the autopsies revealed that the murder of the Ecuadorians occurred approximately two months ago due to “multiple injuries” caused by “cutting and cutting weapons” at “neck and chest level”.

Authorities attributed the kidnapping and murder of the couple to FARC dissident Walther Patricio Arizala Vernaza, alias “Guacho”, also responsible, according to the governments of Ecuador and Colombia, for the kidnapping and murder of journalist Javier Ortega, photographer Paúl Rivas and of the driver Efraín Segarra, of the newspaper El Comercio, whose remains were repatriated last June. (I)

With microcredits, we will seek to support the informal workers