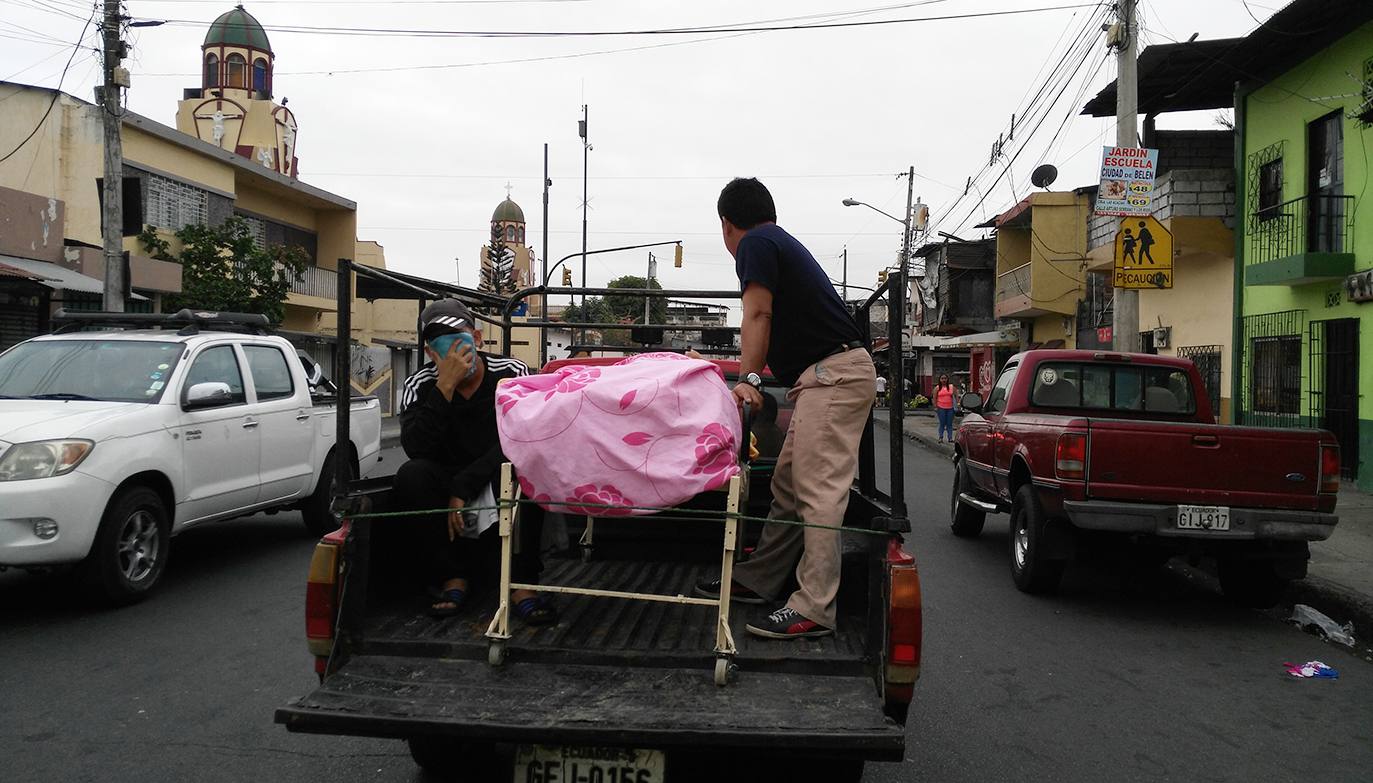 In a rustic stretcher on the bucket of a truck, the relatives of Juan Cruz Jimenez, 81, transferred him yesterday to the IESS Hospital Teodoro Maldonado Carbo.

A rope was holding the legs of the stretcher to avoid it from rolling out of the truck, while several pedestrians observed the conditions in which was been mobilizing, _ in a stretch from the western suburb to the outpatient department of the hospital located in the 25 de Julio Avenue.

Juan Cruz is a pensioner who suffers from osteoarthritis, a chronic, degenerative disease that affects the bones and now prevents him from walking. A vascular complication that caused sores on one his leg is added to his suffering.

“He needs regular healings, twice a week,” said Jose, one of his sons, after explaining that his father was hospitalized from 6 to 20 May. Yesterday´s healing is the fifth he has received in the IESS Medical Center.