Zuckerberg Pledges to Give 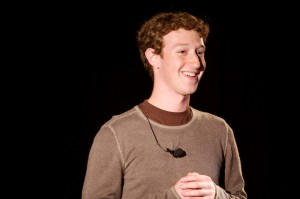 Until now, 57 billionaires have joined the philanthropic campaign, they have promised to get rid of at least 50% of their fortunes in life or after death and donate it to charity, they must also make public their intentions in a letter explaining why they took such decision. Billionaires who became members of The Giving Pledge were asked to morally commit to the cause.

“People wait until late in their careers to return. But why wait when there is so much to do?” said Zuckerberg in a statement. The co-founder of the world’s most popular social network donated $ 100 million to public schools in Newark, New Jersey in September. “With a generation of younger people who have thrived in their companies, there is a great opportunity to take over our lives and see the impact of our philanthropic efforts,” said Zuckerberg, who has amassed a fortune of 7.000 million dollars.

In addition to Zuckerberg, Moskovitz, Gates and Buffet, other millionaires have joined the campaign, among them are New York Mayor Michael Bloomberg; the founder of AOL Steve Case; the entertainment executive Barry Diller; the media tycoon Ted Turner, the Oracle founder Larry Ellison, the energy tycoon T. Boone Pickens, David Rockefeller and investor Ronald Perelman, the financier Carl Icahn and Michael Milken, a former Wall Street executive who was imprisoned in the early 90’s due to financial crimes.

“We have made good progress in a few months,” said Buffett, who promised to give 99% of his fortune to the Bill & Melinda Gates Foundation in 2006. The Gates have donated more than 28,000 million dollars to their foundation.

You can find the complete list of the billionaires who support the cause, and also their public letters on the official campaign web site www.thegivingpledge.org