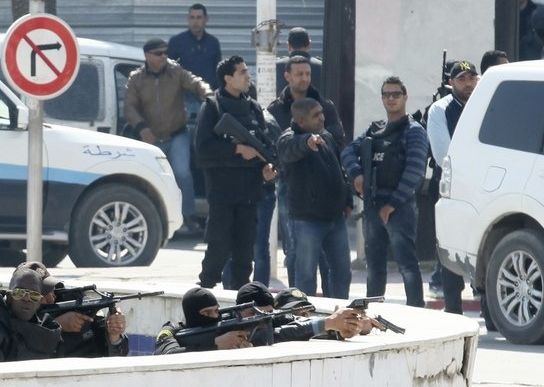 A total of 22 people, including 17 tourists of six nationalities, died this Wednesday during a terrorist attack executed by alleged jihadists in Tunisia, which also left 24 wounded.

Besides the tourists (of Italian, Spanish, South African, Japanese, German and Polish nationality), they killed three Tunisian civilians, a policeman and a janitor (woman) from the Bardo Museum, where attackers sheltered with hostages.

Witnesses explained to EFE that the assailants left a mosque located between the building of the Tunisian Parliament and the Bardo Museum and fired at a tourist bus before taking several hostages and entrenchering in a garden area that abuts with the wall of the museum.

“We have seen several armed terrorists. There have been many shots and they are now in the garden, they have failed to enter the building,” said Mona Brahim, Member of the moderate Islamist party An-Nahda, who was inside the building.

Tunisia has witnessed in recent weeks a rise in jihadist activity in the region of Kasserine, on the western border with Algeria, an area used as a radical stronghold and others from the neighboring country (Turkey) and other states in the area like Mali, Morocco and Mauritania.