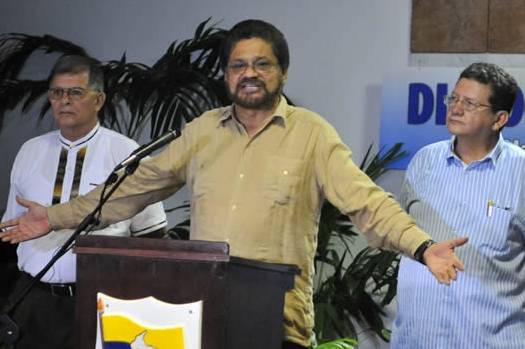 The FARC yesterday announced a unilateral cease fire “for an indefinite period” in Colombia, which comes into force on December 20, as part of peace talks held for two years with the Colombian government.

“We have resolved to declare a unilateral cessation of fire and hostilities indefinitely, which has to be transformed into armistice,” said in its blog the peace delegation from the FARC in Cuba, venue of negotiations with the Colombian government.

“This unilateral cease-fire, which we want to be prolonged in time, would be terminated only if it is found that our guerrilla structures have been targeted by the public force,” said yesterday the chief negotiator `Ivan Marquez´ in Havana.

The guerrilla hopes that the unilateral ceasefire be supervised by regional bodies such as the Union of South American Nations (Unasur), the Community of Latin American and Caribbean States (CELAC) and the Broad Front for Peace.

For its part, the government of Colombia said this Thursday that the indefinite unilateral ceasefire announced by the FARC is a “good start” for deliming the armed conflict.