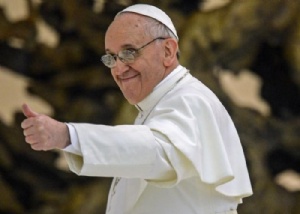 Pope Francis “is highly pleased” by the announcement of the restoration of relations between the US and Cuba, “with the aim to overcome, by the interest of the respective citizens, the difficulties that have marked their history.” This was confirmed on Wednesday December 17 by the Vatican spokesman Federico Lombardi in a statement sent to media minutes after the US president, Barack Obama, and Cuba, Raúl Castro, thanked the support of the Pope to facilitate the dialogue between the two countries.

The Pope wrote to both leaders “inviting them to solve humanitarian issues of common interest such as the situation of detainees, to begin a new phase in relations between the two sides,” says the statement

“The Holy See will continue to support the initiatives undertaken by both nations to increase their bilateral relations and promote the welfare of their citizens,” he concludes.