Creating sources of work with fair conditions , promoting training, encouraging the survival of knowledge and giving back to society are some of the characteristics of brands with social impact . 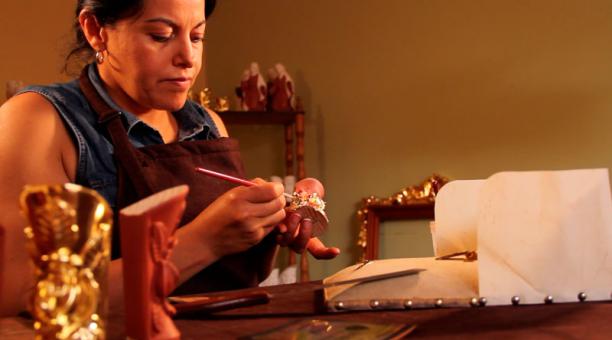 In Ecuador there are at least four recognized firms in this category: Taarach, Andrea Tello Jewelry, Hakhu and Jacqueline Moncayo .

Taarach received, at the beginning of September, the Design Excellence Award 2020 in Social Impact. This is an award given by the Accessories Council , an international body based in New York.

The Ecuadorian firm overcame international competitors due to a double effort. On the one hand, Mireya Gómez de la Torre, founder, seeks to rescue the belts made on a manual loom by imbaburan artisans. On the other, the designer believes that it is her obligation to give back to society. It does so with donations that support the Salesian project For daily bread.

Andrea Tello obtained in 2011 the certificate of the Unesco Artisanal Excellence Recognition Program . This title takes into account, among others, the sustainable development of artisan companies.

The Cuenca designer constantly trains young people from Chordeleg and Gualaceo , in order to create jobs, mitigate emigration and keep the filigree technique alive. It supports, through donations or loans, the creation of workshops for new artisans to open their own jewelry lines.

Hakhu is a social enterprise that was born in 2017 with the training of 250 women from Napo, Pastaza and Orellana in costume jewelery . This brand has received the support of environmental figures such as Leonardo DiCaprio , who made Hakhu known on the website of his official foundation.

Leo Cerda , co-founder, says that the objective is to create non-extractive sources of income that, at the same time, allow women to continue teaching and caring for their children. In October Hakhu will launch a line of earrings, in alliance with women of the Waorani nationality.

Jacqueline Moncayo is a luxury footwear brand that exhibits its products in Dubai, New York, Beverly Hills and Spain . The Ecuadorian designer works with shoemakers in Spain and with sculptors from San Antonio de Ibarra.

Ecuadorian artisans sculpt the heels and finish them in gold leaf. Moncayo has promoted chain production, that is, each artisan specializes in a part of creation to achieve efficiency.

With her products and based on fair payment, the designer wants to encourage young people to learn these traditional techniques.