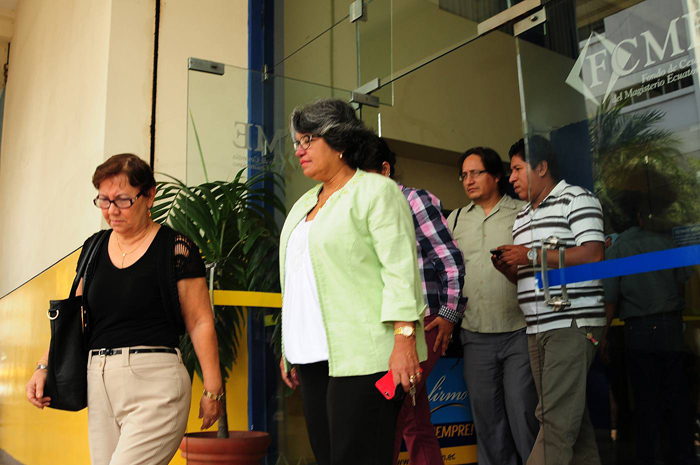 Several affiliate members of the Severance Fund of the Ecuadorian Teacher´s Staff (FCME for its Spanish acronym) have updated their savings books and checked how much money they have in their bank accounts.

“We have 400 customers a day. It’s a high number because the teachers are on vacation. But in addition (of that) they are worried about their money and want to update their savings book,” said the loan officer of the Fund Juan José Buelva.

According to him, there is still no withdrawal of funds. The affiliate members come to support the management of FCME and ask what to do. “The members say they will not deliver any penny to Biess (Bank of the Ecuadorian Institute of Social Security),” he said.

Among the members is Blanca Guerra, 55. She has worked as a teacher for 32 years and saves $ 35 per month. “I do not want that the Government takesmy money. I will demand my money back, if it is transferred to the Biess” she said.

While Carmen Garzon, 57, who has worked for 33 years, says that “the law does not say they will take away our money, but rather it will pass to a private account. I would like they inform us about the interests and benefits we will finally receive” she says.