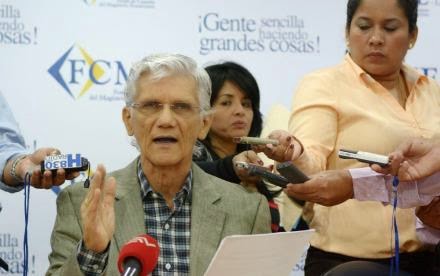 The president of the Unemployment Fund for Teachers (FCME) Juan José Castelló yesterday inaugurated the Special Meeting of this entity and did not rule out the creation of a Bank of the Teacher.

“It’s an issue that we will discuss in due course, but not a simple savings account, these teachers who are here, who have $ 431 million, we are 146,000 members, we can do great things,” Castello said.

The proposal comes a day after the Assembly postponed the second debate of the draft to transfer pension funds to the Bank of the Ecuadorian Institute of Social Security (Biess) for the purpose of analyze longer.

Meanwhile, the FCME ignored the proceedings of the Assembly and decided to seek a new dialogue with President Rafael Correa to pose that money from individual accounts is respected as money from each member and is not touched and that the audits were made ​​independent.

Also that each member has the freedom to decide whether to go to Biess or want to stay in the fund without the 50% plus one set of members and that the legal life and personal funds respected.