Russia plans to respond to the sanctions interposed by the EU 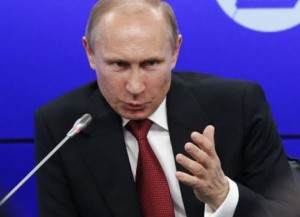 “The government thinks about it, it prepares proposals,” Putin said in Dushanbe, where he is attending a summit of the Shanghai Cooperation Organization, the Russian news agencies reported.

According to Putin, if the government “concludes that these measures relate to the interests” of the Russian economy, they shall adopt them.

A Kremlin adviser, Andrei Beusov, had warned that Moscow could restrict exports of some cars or consumer products such as clothing, adding to the alimentary embargo in early August.

Putin acknowledged that the alimentary embargo had “negative effects, but minimal” at the same time that stimulated Russian agriculture.