Fear near the only cause in which Guacho is prosecuted 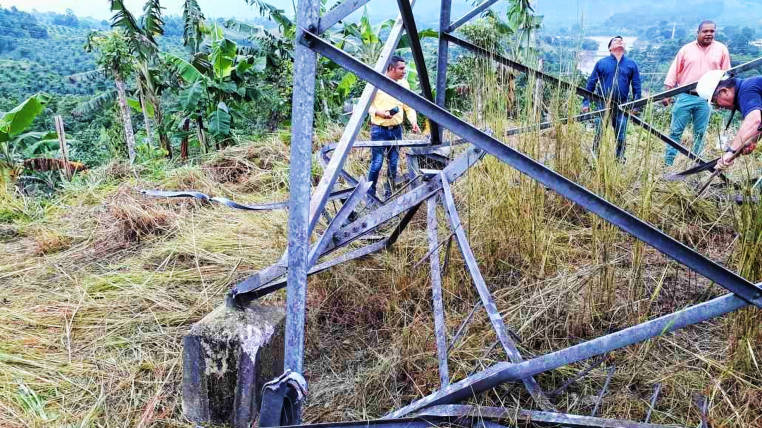 Guacho already has a lawyer because he already has a judicial process against him. One of the two judges of Quinindé was the first to link Walter Arízala Vernaza to a case and process the red alert to Interpol. He has done it for the crime of terrorism, for the placement of homemade explosives in an electric tower in Viche with the purpose, followed to leave without light thousands of citizens in Esmeraldas.

He has done it for the “duty” that corresponds to him as a judge, without letting him be affected by “the state of psychosis” in which the woman lives – whose identity will not be revealed in this report for security – since Ecuador awoke from a peace artificial behind which hid a problem of drug trafficking and armed gangs on the border with Colombia.

The attacks that besiege the north of the country have led to 14 judicial proceedings and that of Quinindé is the first in which it has been linked to Guacho, the alleged leader of the Oliver Sinisterra Front, who is attributed to a dozen attacks in recent months, the kidnapping and murder of three workers of El Comercio and the abduction of another couple of whom nothing official has been known for 34 days. There are eight others involved in that case. In the other cases, the alleged perpetrator of the wave of violence has not yet been prosecuted.

“When the case came to me, I thought that a capture ballot had already been turned against him in some other process, but no. Nobody has done it, neither in San Lorenzo nor in any other place where there have been attacks “, surprised the judge, the mother of a daughter who studies in another city, by accepting the elements of conviction presented by the tax action. Before linking to ‘Guacho’, the authority asked the prosecutor in the case to formally identify and notify that character, who, until then, was only a name and a photo that circulated in the media. “I asked the prosecutor to find out where to notify him. When I brought the birth certificate, I indicated day and time for the bonding audience with absolute reserve, “he explains. And he assigned a lawyer to defend the alleged terrorist.

“This man does not respect the rights, but we do,” said the judge willing to comply with all the formalities to avoid any further repairs due to procedural deficiencies. The fiscal secretary had to go to Mataje to notify Guacho of the bonding hearing at his mother’s house. “He brought me a photograph, the police report and the reason why the tax secretary was there,” the judge specifies.

Then, the judicial decision leaked and exposed the security of the judge. “I thought my identity was hidden, but I went to a restaurant and they asked my companion if I was the judge who had ordered to capture Guacho.”

Since then, he has police protection, he has had to change his routine when leaving and entering the house, he does not answer numbers of strangers and, above all, he has had to overcome the fear to continue the process. His voice conveys strength and determination to make the necessary judicial decisions. “I cried, but what do I get out of that?”, he reasons before calming down.

“In Quito there is more security”

“The border judges are very vulnerable. In these very small cities they know us and we all know each other, “warns the Quinindé judge about the exposure of cantonal authorities like his or San Lorenzo when they receive cases of drug trafficking or terrorism. “I aspire to create a specialized unit of judges in organized crime so that they know all the related crimes. Being in the capital, they have more security, more technology and are grouped, “says the authority on President Moreno’s proposal. (I)

Confession deciphers the kidnapping of Balda