Fernando Cordero would analyze the reform regarding mandatory affiliation

On last Wednesday the president of the Board of IESS, Fernando Cordero, did not ruled out a reform on Resolution 464 “Mandatory Membership for People Without Dependency Relation,” whose access is voluntary and not mandatory, since last Tuesday. “Things are not written in stone,” said Cordero who also noted that an analysis should be carried out on the objective reasons and not on subjective ones.

Moreover, a hearing between the director of IESS, Francisco Vergara, and the Committee on the Rights of Workers and Social Security of the Assembly, is scheduled for today to explain the issue of new membership figure.

The call was made by Assemblyman Andres Paez (CREO), who explained that while Cordero has indicated that access to this membership will be voluntary, it is just about an interpretation for that resolution which has a clear editorial meaning that is going to be mandatory. Paez is concerned that the resolution would become a “disguised tax carried out just to keep taking money from Ecuadorians.”

This Thursday in Guayaquil a protest will be made to reject alleged irregularities in the social security and the new resolution. The protest, called by union leaders including teachers, workers and students, will begin at the Centennial Park and end at the Insurance Fund. 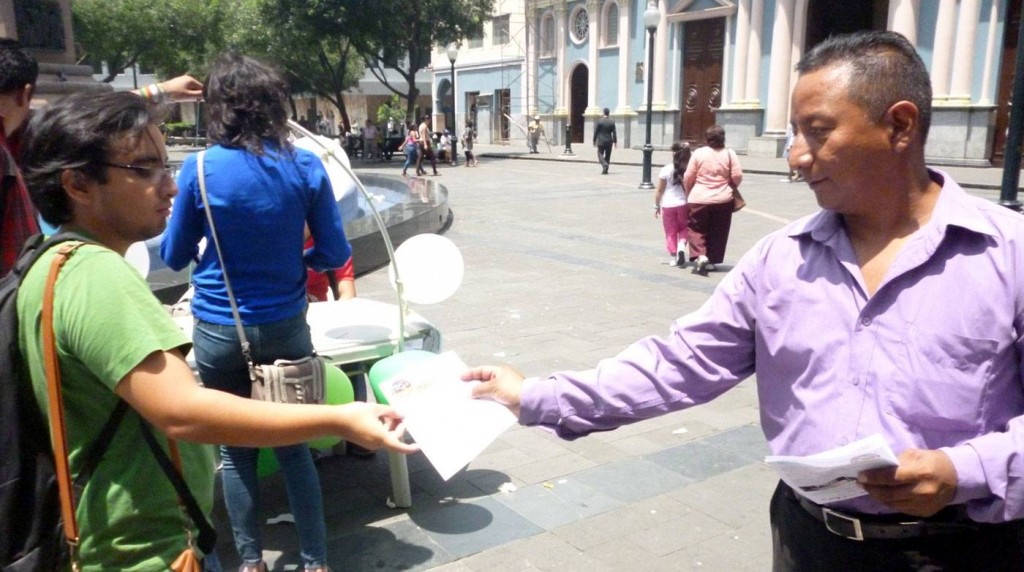 A teacher giving a pamphlet to a student.