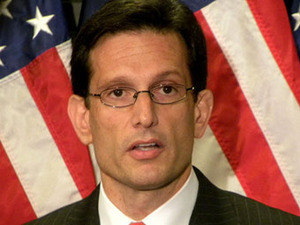 A default on debt payments could freeze credit markets in the country, causing a decline in the value of the dollar and a rise in interest rates, according to the Treasury Department, would be the main effects of the crisis in the U.S., yesterday continued unchanged and remain concerned about the world’s largest economy.

U.S. President Barack Obama and the Republican leadership in Congress were yesterday continued without proposals to end the partial shutdown of the Federal Government, which entered its fourth day and caused the president to cancel a tour to Asia.

The situation “may end today,” Obama said yesterday to go with his vice president, Joe Biden, to eat sandwich at Taylor Gourmet, a restaurant near the White House that offers discounts to federal employees who have been forced to stay in house.

The president insists that, before trading on this new budget crisis, Congress should authorize without conditions, funding for the government to operate in the new fiscal year, which began last Tuesday.

Republicans call for the convening of a conciliation committee, which brings together members of both houses of Congress, to negotiate this crisis and have proposed a legislation to finance departments and administration programs as long as the ‘closure’ continues.

The House vote today to provide a measure ” to ensure that all federal employees who have been laid off receive their salary when the ‘closure’ is finished”, as announced by the Republican majority leader, Eric Cantor.