Five amendments are filed against abdication law of Juan Carlos 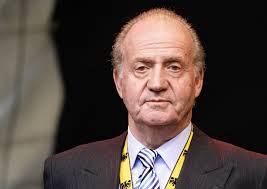 Five amendments were filed against the project that will make effective abdication of Juan Carlos I by parties that ask for a referendum about the monarchy in Spain.

The draft law would count with a large majority support in the House of Representatives, which will be debated on Wednesday.

The adoption of this law is necessary to give effect to the abdication of Juan Carlos I and the accession of Philip VI.