Of the ten main products of Ecuador’s non-oil exportable basket, half had a contraction in their shipments in the first month of this 2021. 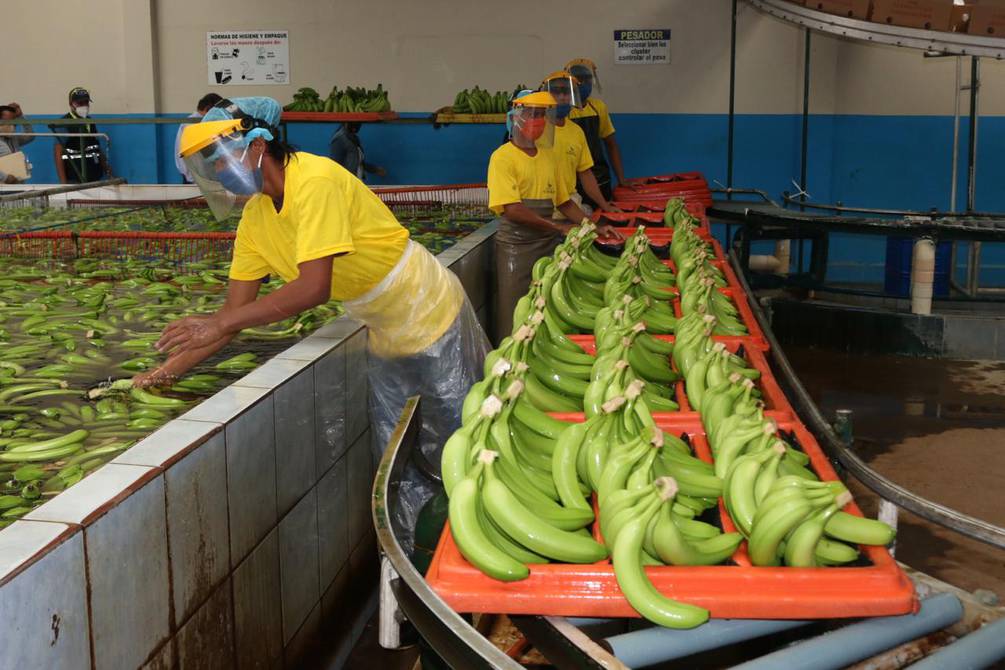 Bananas and plantains, shrimp, wood and processed, tuna and fish and vegetable oils are in this group, which had declines that fluctuated between -9% and -36%.

The most affected was the category of vegetable oils , whose main destination is Colombia. In this oil market, the prices of raw materials have been on the rise, which has made the production of goods more expensive.

The first ten export products totaled more than $ 980 million , the majority corresponds to the agri-food supply, according to data from the Ecuadorian Federation of Exporters (Fedexpor) .

Data from the Banana Marketing and Export Association (Acorbanec) refer that in January the sector sent 37.50 million boxes of bananas, 0.43% less than in the same month of 2020.

Ubesa (Dole) was the exporter with the largest share of shipments with 11.06% in January, followed by Reybanpac (6.56%) and Frutadeli (4.74%), according to Acorbanec.

Within the group of products that performed well in January are canned fish, cocoa and processed foods, natural flowers, broccoli, and fruit juices and preserves. Canned fish reported foreign exchange for $ 86 million, 21% more.

The tuna vessels forecast a better scenario for this year due to the demand for commodities and certain products in some markets that are being reactivated.

The item that grew the most in percentage terms in this group was broccoli with $ 13 million, an increase of 28%. That product is mainly shipped to Japan.

As a whole, non-oil exports experienced a year-on-year decrease of -2% in the first month of 2021. In exported value, the non-oil item reached $ 1,216 million and represented 67% of total exports, according to Fedexpor.

Felipe Ribadeneira, president of that export union, says that globally the household economy is very weak and consumer preferences will be governed by the demand for more competitive prices.

Hence, as a reflection of this scenario, non-oil exports registered a reduction. The union leader believes that Ecuador should work on how to reduce costs and be more competitive.

In January, the total trade balance shows a surplus of $ 215 million, in the oil sector there is a surplus of $ 276 million, on the contrary, in non-oil trade an unfavorable result of $ 61 million is reported. (I)