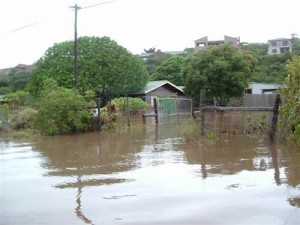 A heavy flooding has left over 50 people dead and hundreds without home in South Africa Eastern Cape Province. The residents still struggle the adverse weather conditions that have assailed the country since December.

Dozens of people were killed by the collapsed homes and buildings due to the flooding, which washed away bridges and destroyed roads. Several residents in the Eastern Cape live in mud huts, non-flooding resisting structures. Meanwhile the electrical storms have claimed the lives of 18 people.

In the neighboring province of KwaZulu Natal, 13 people perished due to flooding and storms.