The Minister of Foreign Affairs, José Valencia, affirms that the passage through the Ecuadorian airspace to the Mexican flag plane that transferred the former president of Bolivia, Evo Morales, to that Central American nation was not denied. 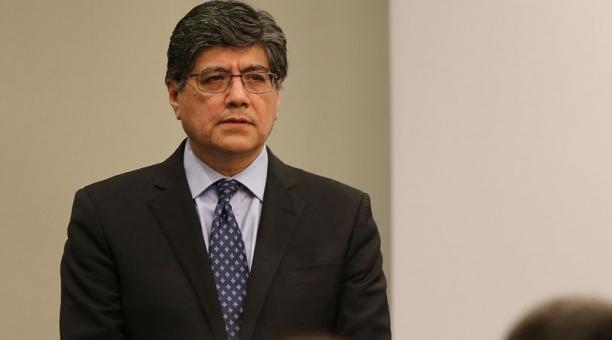 This was said on Wednesday, November 13, 2019, during an interview on Radio Events.

Morales arrived on the afternoon of Tuesday, November 12, in Mexico, a country that granted him asylum, after resigning from the presidency of Bolivia. Valencia said it was a confusion and confirmed that last Monday, November 11, he received an order from the Mexican Foreign Ministry, to facilitate the transit of a plane that came from the airspace of Peru and before that of Brazil, with the former president Morales and other officials inside.

The diplomat recalled that the air traffic regulations allow the overflight of national territory and said that under that legal framework the respective permit was granted. He said there was a confusion “because the plane was already in flight and requested a change of route and that takes time to process and even the foreign minister (from Mexico) said that was the case,” said Valencia.

“When the aircraft arrived, a change of route was requested, from the one initially requested and that adjustment took a few minutes to proceed with the respective authorization and the aircraft crossed to Mexico,” explained the head of the Ministry of Foreign Affairs of Ecuador.

Marcelo Ebrard, Mexico’s chancellor himself, confirmed that Ecuador did grant permission to fly over its airspace, although in principle the official said it was not so.

“Ecuador finally allowed, as they are telling me, that we could go through a stretch of its airspace,” he said.

Valencia also referred to the political situation in Bolivia and said that the Government of Ecuador supports the constitutional succession and they hope that new elections will be called.