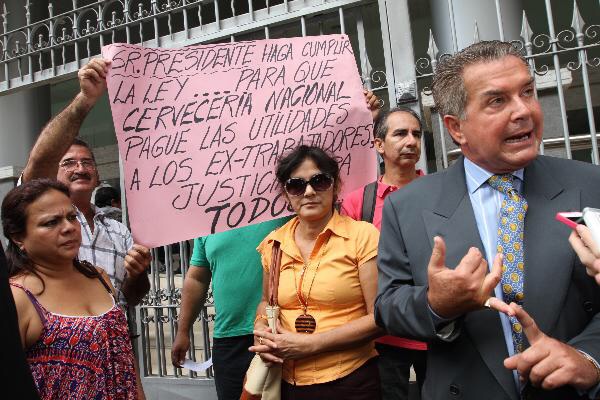 On August 29, a public hearing was held at the Constitutional Court (CC). Lawyers for the Cervecería Nacional and its current employees demanded the annulment of the judgment that order the payment of $ 91 million to the former employees.

Affected people instead went to ask the Court to ratify the payment of profits which they say was arranged by the judicial authorities.

They observed the development of the audience through a screen placed next to the entrance of the Court. They heard the presentations from Gonzalo Noboa, Layer of the company, and Jorge Baquerizo, by current employees. Plaintiffs have several lawyers. One of them, Juan Nebot, who asked that the Court has already resolved the issue.

Karina Gonzalez, Secretary of former employees, said that this was the last time “opportunity for us to expose our workers evidence and arguments.”

She recalled that sinde six years demanding payment of utilities who labored between 1995 and 2000 “It has been a complete Way of the Cross, imploring justice, demanding that our rights are not violated,” said Gonzalez.

800 mts bridge proposal does not yet have an executor