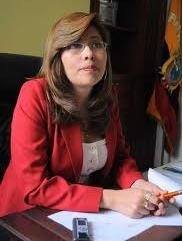 David Chiriboga, Ecuador’s health minister said he has already initiated administrative proceedings against Katalina Sandoval, Hospital, in Santo Domingo province, who foisted the responsibility of placing infants of this house health in cardboard boxes due to lack of space.

Although the former director claimed to be the one that took the photos that later come to ombudsman hands, Chiriboga said that the investigations will continue and she didn’t discard to initiate a prosecution dismissed from the case.

“(…) we will investigate in every way; for the moment, she was separated from the hospital staff and the provincial health director of Santo Domingo de los Tsáchilas (Jaime Jaramillo) too,” Chiriboga said.

On the other hand, Sandoval avoided answering Chiriboga and he decided to stand aside.