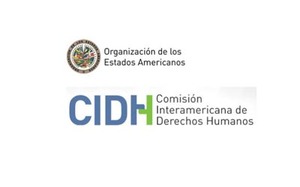 The 52 former legislators:  Prian (8), PRE (15), SP (5), MPD (3) and independent (21), members of the Congress during the presidency of Lucio Gutierrez, will pay for the recovery action, announced by the Prosecutor’s Office, which will force them to cover the compensation ruled by the Inter-American Court of human rights (IACHR) against Ecuador.

The President in charge, Jorge Glas, confirmed it yesterday: “at that time, with a single stroke, they erased all of the Supreme Court, and accommodated friendly judges and now there is a $15 million judgment. We are applying the recovery right to those who were involved, as provided by the Constitution. What the State has to pay  id going to be collected from those who were in that Government”, he said.

The sanction is for the removal of 27 former judges of the Supreme Court of Justice (CSJ) and eight members of the Constitutional Court (CC), adopted at a special session that was convened  by the President of that time, Lucio Gutierrez, on December 8 of 2004.

The legislative majority adopted the resolution raised by Luis Villacis (MPD), which restructured the CSJ. Legislators took the decision under the transitory law 25 of the Constitution of August 10 of 1998.

Villacis says that in this case the sanction is not applicable, because the Constitution of 1998 stated  that the members of Congress are not responsible for civil or criminal actions for their votes and expressions in the exercise of their functions. For him, those responsible are the Government and the Attorney-General, who left the State defenceless  when they accepted  the claim.

The Attorney General Galo Chiriboga says that if the former legislators do not pay their obligations, they would have to apply a Declaration of insolvency,  since in our country there is no imprisonment for debt.