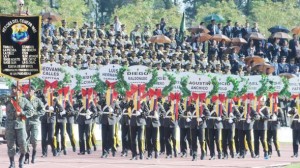 On Monday, during the 20th commemoration ceremony of the Cenepa war, President Rafael Correa accused certain retired military of spreading rumors, including that the ISSFA will disappear. These, in its discretion, would be part of a “soft coup”strategy so that the Armed Forces are mobilize to destabilize.

However, guild members fear that through a bill to amend the Social Security Law of the Armed Forces, which is supposedly already being prepared by the regime, the ISSFA loses its autonomy.

“With such arrogance, the president asks us to believe him. Yes we believe that the ISSFA will not disappear, but it will become a universal social insurance. We want it to stay as it is,” said Salomón Salazar, president of the National Confederation of the Retired Militaries and Welfare in Ecuador.