Former police Mayra Apolinario says that after 30-S, she lost her job and her son’s tenure 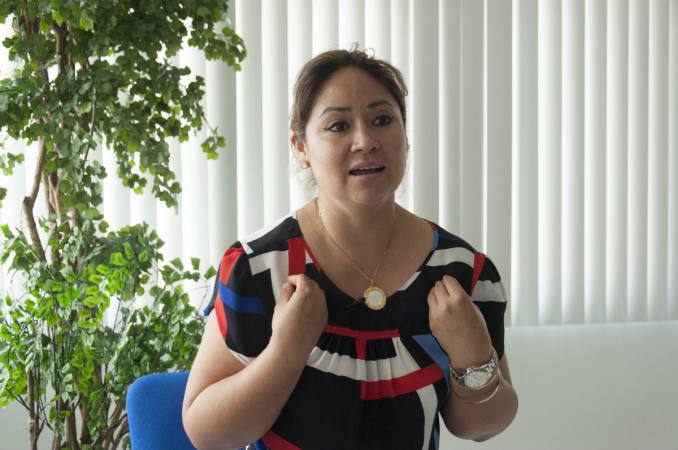 Before reporting to this means her judicial situation, the second excavator Mayra Apolinario takes a few seconds to breathe and try not to cry. She says she thinks about that September 30, 2010, when the so-called police revolt took place. She was in the Comando de Bolívar No. 11, in Guaranda, specifically in the Department of Nursing.

She affirms that, in her case, where in that group there is also the ex-policeman Mariano Camacho and other members, they blamed the innocents. She was sentenced to eight months in prison for the crime of paralyzing the public service. Through tears, she says that, as a result of her relationship, she lost her son’s possession. ” his dad took him from me,” she says.

This panorama torments her and she prefers to cling to divine justice. Meanwhile, her lawyer Bolívar Ulloa points out that after accepting the provisional suspension of the sentence, which was accepted by the court, her client must perform certain activities, such as community work, to avoid going to jail. He submits that he will later request the appeal of the prescription.

Mayra, 38, believes that the situation will change and that the “true culprits” will be known.

In my medical unit we had the TV on and we saw what was happening. It was that our colleagues in Quito were in this process of manifesting what they felt. And we began to gather, it was at that moment when the then provincial chief of the Commander of Bolivar No. 11, Colonel Nelson Pozo, stood outside his office, where we were all gathered, applauded excitedly and said: comrades, the struggle is ours.

And then, what happened?

In the national police we follow what the boss says. Then, we were many of the commando, we walked, without attacking, bothering or intervening until we reached the Governorate of Bolívar.

Later, this Colonel Pozo comes in the patrol car and says to a companion (who is not in the process) and to me: “we are going to the Municipality of Guaranda they are giving an interview”. I have always characterized myself by speaking. At the time we were people with green flags insulted the police, then we sat down to wait for the boss to speak, he never did. Then, a person stopped and said: plates accustomed to the toy, while the children of the field have nothing! I identified myself with the comment and expressed: it is not that we are used to it, the toy that is given to a police member per year is the opportunity in which that child knows where his dad works, it is the way to reward the absence that has that child when his dad is far away (…).

Why were those statements processed?

The people who have to be detained are not there, I can say that I saw many officers who took out their badges so that the people they photographed will not see them.

At the beginning of this interview you said energetically that you  lost your son. How did it happen?

The father of my son when they already made us charges, without my knowing, the same with another corrupt judge, they interposed a document in which said, that I was going to be sanctioned, to enter a legal process in which the consequence would be the prison, and that, therefore, he had to be with my son’s tenure. And he took it from me and I fight as a woman to be reinstated to the police and to recover my son. This happened three years ago. I see my son 5 times not even five minutes because they do not allow me. That is one of the consequences of the evil of that Government, enemy that persecuted us and continues to persecute us because things do not change.

When did your process start?

It started in the same year (2010) and we were sanctioned administratively (10 days of arrest). Then in 2015 they called us again, until finally they sentenced us for the crime of paralyzing the public service.

You will also participate in the National Convention on March 3, along with your other colleagues in the Police. What is your cry?

We expect justice, we want justice and that the processes are opened. (I)