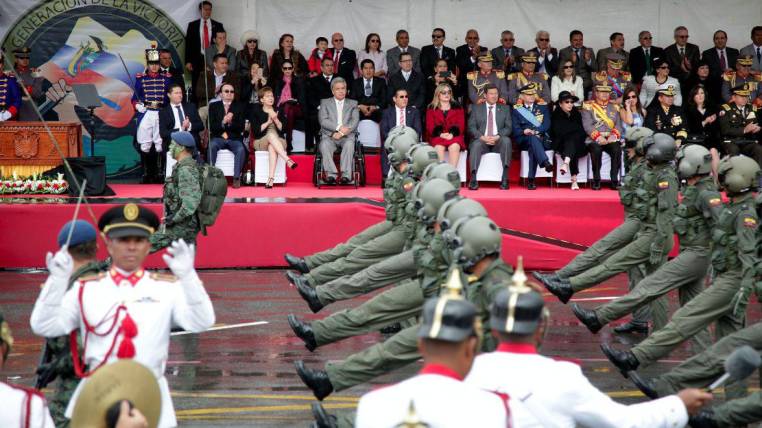 President Lenin Moreno announced on Saturday February 24 that they will implement a plan to incorporate more women into the country’s military service. The governor commented that the Armed Forces are one of the “most beloved institutions in the country”, which has been modernizing and opening paths to the change that marks the new times.

“Our Armed Forces are supportive and inclusive. We must recognize it because in a patriotic way, without distinctions of any kind, neither social nor economic, and much less (…) gender, continue to advance in equity, “he said.

He pointed out as an “imperishable symbol” to Manuela Sáenz, a Quito patriot recognized by contemporary Spanish-American independence historiography as a heroine of the independence of South America. She, he added, “made it clear that the woman has courage and also military skills when given the opportunity.” “Inspired by it, we have designed a plan that will be implemented this year for the progressive incorporation of more and more women into military service.

They, like our dear Manuela, will contribute to continue feeding with honor pages the history of our Armed Forces, “he said. The announcement was announced in his opening speech to a military parade held in the Bicentennial Park, in commemoration of the 189th anniversary of the Battle of Tarqui and for the day of the National Army, Civics and National Unity. At the event he also announced that they plan to create a museum on a farm near Quito.

“We want it to become a museum of women’s heroism. Not only in battles, but in all the work of life because women can and do know how to be when they are presented and when given the opportunity, “said the head of state.

He said that it will be “a beautiful museum” and expressed his hope of having all the collaboration of the Armed Forces “to be totally successful.”

The president said that the threats to Ecuador no longer come from territorial conflicts and to face them, unconventional combat strategies must be developed.

“We must adapt to the new times” and we must be prepared to face the contingencies of all times, he added, recalling that a few days ago the military repelled armed groups on the northern border on two occasions.

He commented that the issue of the border is of “special concern” for his Government, so in the recent meeting this month with his colleague Juan Manuel Santos, in Pereira, Quito requested “the support of Colombia, its responsibility also to take care of the common border “, each one in its territory but with coordinated actions.

The president also stressed that this week the local ministries of Defense and the Interior resolved to create a unified command to monitor the northern border. (I)

Agroexportation more than a decade without diversification

Oil and gas areas to be auctioned will increase in March