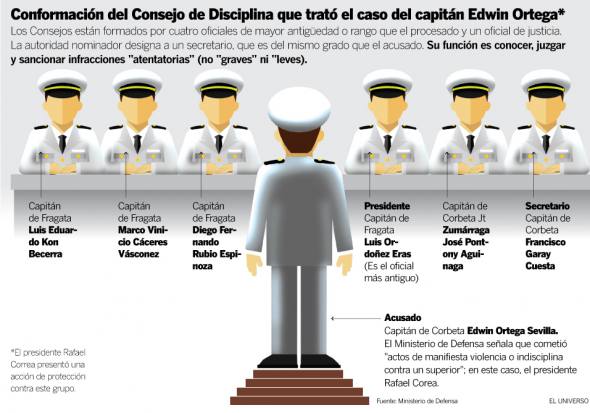 Up to four types of sanctions can issue the so-called Discipline Boards of the Armed Forces; and they can do so only by the commission of “attempt” offenses in the military exercise.

The regulation of Military Discipline was developed during the administration of former defense minister, Javier Ponce, in accordance with art. 188 of the Constitution which states that “(…) the lack of disciplinary or administrative nature will be subject to its own rules of procedure.”

In recent weeks, the Ministry of Defence used Article 36, paragraph b, about offenses against subordination to ask for sanctions against officers who, at his discretion, have said “offensive and disrespectful” expressions, either against President Rafael Correa, or the minister Ricardo Patiño. To do this at least three Discipline Boards were made.