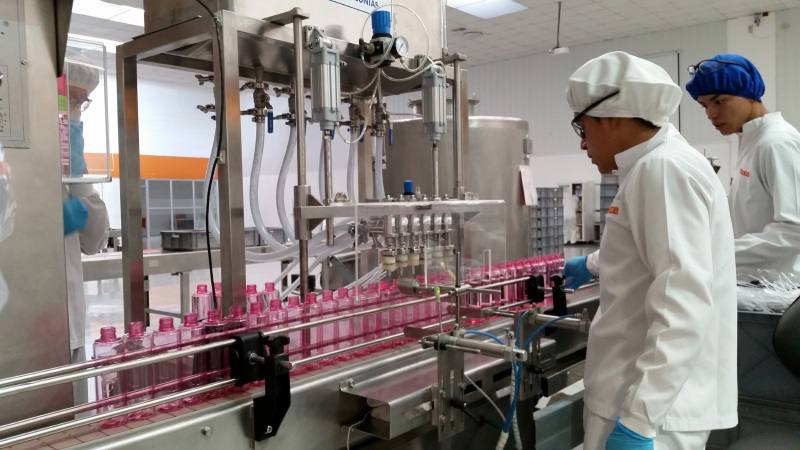 The production of fragrances and colognes generated Yanbal Ecuador $ 130 million in sales in 2017; the figure is greater than the one produced in 2016 and reached $ 111 million. This was revealed by the company on the subject of the world day of fragrances, which is celebrated today, March 21.

Audelio García, manager of the production plant in Quito, explained how raw materials and packaging are the basis for the generation of 69 products of this line, for 2018. The figure is also higher than the 62 that were marketed in 2017.

He highlighted the industrial importance that the plant now has, since it produces the entire portfolio of products sold in the country. The international corporation considered important to generate these products internally, to avoid the payment of import duties. One of the factors that help make the product more profitable is that the alcohol is supplied by a national supplier that won a regional tender. This raw material must have at least 96% purity and is then treated in the plant.

Yanbal opened its plant to show the production of both semi-solids and fragrances, mixing, quality and packaging. In large tanks of 1 and 5 tons, the mixture is produced and then analyzed by the quality area that approves its use. The transport of the fragrance to the packaging sector is through pipes.

In 2017 the production was 12.7 million units among fragrances, colognes and semisolids (deodorants and shampoos). And during this 2018 they hope to produce 13 million units. The fragrances represent 45% of income, said Garcia. (I)

The New York Times: Quito is a risk destination for travelers

Goodwill is set at the highest value between sale and appraisal