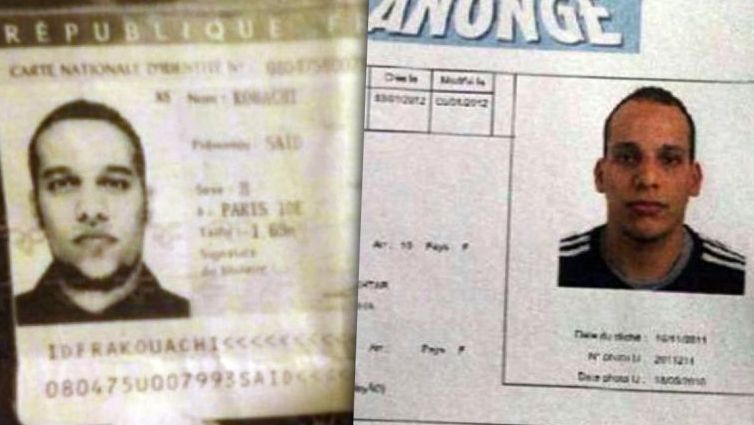 The French police have intensified this Thursday the search for two brothers, one of them jihadist, suspects in the deadly attack yesterday against the weekly Charlie Hebdo, after the surrender at night of an alleged accomplice.

On Thursday, the police released photos of the two brothers, Cherif and Said Kuachi, 32 and 34 respectively, who are “likely to be armed and dangerous,” warned the Police Prefecture of Paris and said they are “subject of search and arrest warrants.”

The two brothers are suspected of killing 12 people in the premises of the Parisian weekly before fleeing the scene.

“The priority is primarily pursue and apprehend the terrorists who committed the attack (…) Thousands of policemen, gendarmerie and researchers are mobilized,” said Prime Minister Manuel Valls on radio statements.

His alleged accomplice, Hamyd Murad, 18, surrendered to police in Charleville-Mezieres, northeastern France, “after seeing his name circulating in social networks,” said to AFP a source close to the case.

According to the authorities, seven people were arrested overnight and are being questioned.

Indigenous have more than one reason to stay in their protests