President of China will increase the investment in Latin America to $ 250,000 million 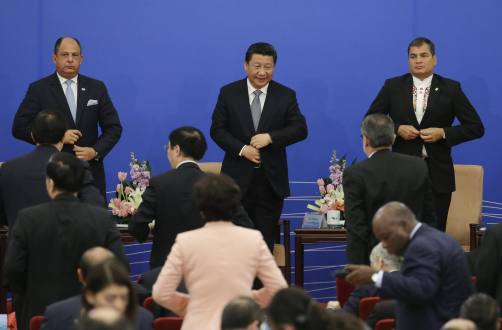 Chinese President Xi Jinping, announced yesterday at the opening of the first China-CELAC Ministerial Forum that China intends to increase its investment in Latin America to 250,000 million dollars over the next 10 years.

Xi said that this would be one of the great objetives of China and also, doubling the bilateral trade in a decade for up to 500,000 million.

“China is willing to work with Latin America and the Caribbean to create a new platform for joint cooperation,” said Xi before government delegations from 30 countries of the CELAC (Community of Latin American and Caribbean States for its Spanish acronym).

Xi said the at the China-CELAC Forum, attended by 20 Latin American and Caribbean foreign Ministers, will be prepared the rules for permanent operation of this new mechanism for dialogue, born on the initiative of the President of China will be developed.

Furthermore, the “Beijing Declaration” will be signed, which will mark the future lines of cooperation between China and CELAC.