BREAKING NEWS
The US withdrew 300 visas from Ecuadorians linked to corruption
Movie theaters will reopen on July 6 in Ecuador
Ñanda Mañachi has been rescuing Andean music for decades
Petroecuador awarded spot sale of Phillips 66 Company crude
Prosecutor Diana Salazar asks for the ratification of the mediate author of Rafael Correa in the case of Bribes 2012-2016
Smart, a technological platform that is used to record illegal activities in ten protected areas in Ecuador
Companies involved in bribery cases are not prosecuted
Leonardo Ottati: ‘From March 16 to May 16 electronic commerce moved more than $ 500 million’
A first semester of losses for the Ecuadorian economy
The first virtual book fair is organized in Guayaquil 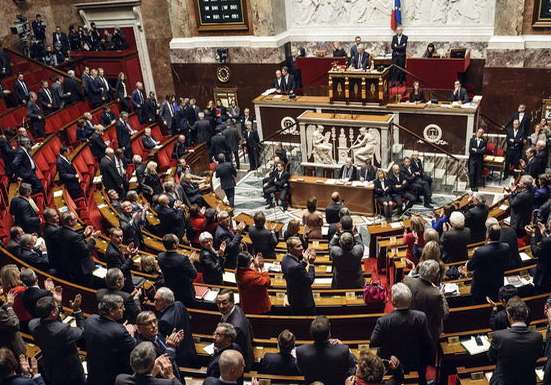 The French deputies voted on Tuesday in favor of a resolution urging the government to recognize the State of Palestine, “in order to obtain a final settlement.”

The resolution was adopted with 339 votes in favor, from the government Socialist Party (PS), the neo-communists and environmentalists, while 151 deputies voted against.

Whereas, 68 deputies did not participate in the vote and 16 abstained.

This resolution is not binding for the government, however, it shows a trend towards recognition as a means of pressure, to revive the Israeli-Palestinian peace process and save the two-state solution.

Even though several developing countries recognize Palestine as a state, most Western European nations do not, and support the US and Israeli position.

The decision has caused unrest in Israel, which considers a “grave error” the recognition of Palestine before a negotiated settlement is reached, and states that such “unilateral decision” would aggravate the situation.