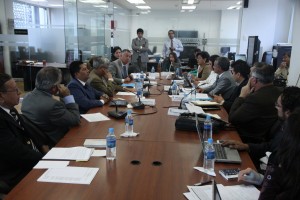 At least seven incentives of tax nature for the private sector were included in the draft Law on Production Incentives and Tax Fraud Prevention. On November 28, the Executive branch referred the document to the National Assembly, which contains 46sections, a transitional and a final provision.

In addition, through reforms to the Law on Internal Tax System and Production Code, tax incentives to boost the productionare established, something that has been qualified by the government as a counter measure against the fall in oil prices.