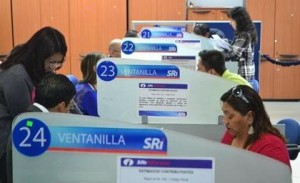 A group of citizens discovered that the Internal Revenue Service (SRI in Spanish) claimed they had large sums of tax debt.

The assumed debts were related to a defunct company that stopped operating over 16 years ago: SAETA, an Ecuadorian airline, that was absorbed by another, named SAN.

The list of debtors includes those who bought preferred shares from SAETA, in a promotion launched by the company; but those shares did not create obligations to the management decisions. However, they listed as debtors, according to the SRI.

Those shares didn’t provide revenues, “but gave you the benefit of being able to travel to any destination as often as you wanted, for free,” said one of the affected. (I)