Ten hectares of blueberries are grown in Patate and in the coming months they will bear the first harvest. This planting is part of Nobis’s first agro-export investment trust, which it created to raise $10 million. 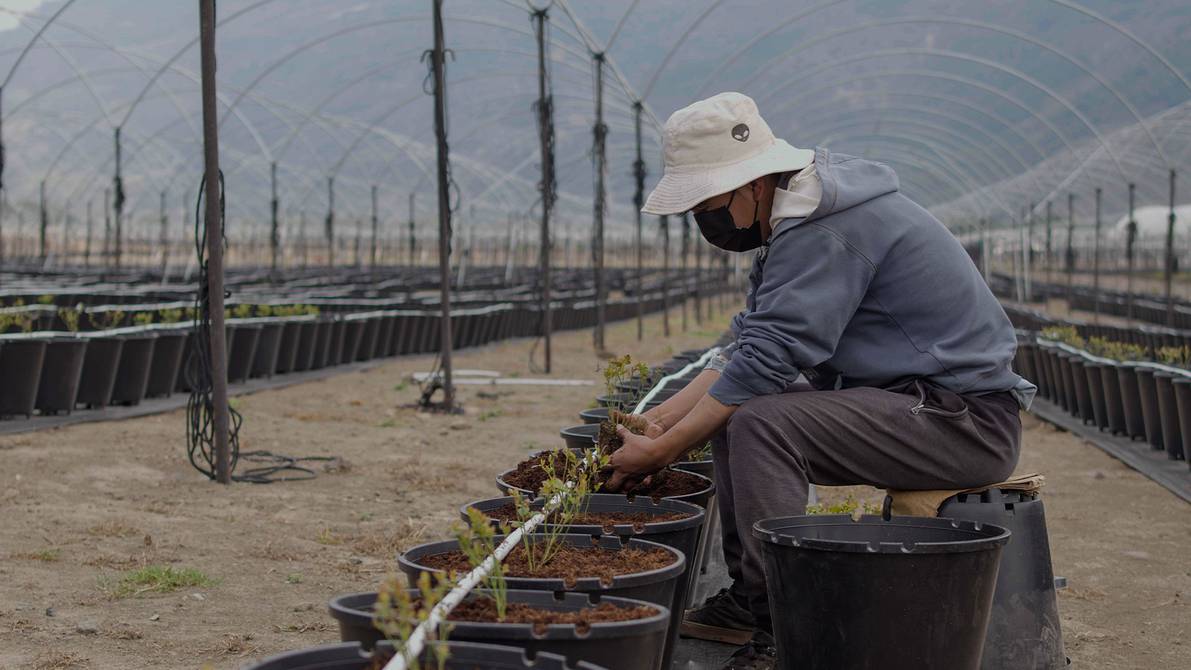 The first 10 hectares of blueberries are grown in Patate, Tungurahua. Another 40 hectares are planned for this product within the Nobis agro-export investment trust.

It is the first stage of the 50 hectares of this fruit that includes the trust, which is considered the first of its kind in Ecuador and which is generating work in the areas of influence of the different crops, both blueberry and orito as well as ginger. and pitahaya.

Nobis presented the advances in this crop to national and international investors, in which the results of the first phase were evidenced, which corresponds to the planting of ten hectares of blueberries in that canton of the province of Tungurahua, with the projection of having the product harvested in the coming months to be able to market it. It will be the first harvest of the trust.

The directors of Sembrador Capital and Fideval, firms that manage investment funds in Chile and Ecuador, respectively, were present. The visit was led by the executive vice president-CEO of Nobis, José Antonio Ponce, together with the team from the holding ‘s Agro-export Business Unit .

During this visit, the competitive advantages of the area, the state of the plantations and the progress achieved were shown. Nobis points out that businessmen and investors showed great interest. Once harvested, the fruits are expected to be distributed locally at first and then exported to international markets, such as the United States and countries in Asia and Europe.

These blueberries are varieties that are characterized by their uniform high quality and higher yields, with large fruit and a sweet and acid flavor at the same time.

“Ecuador has many opportunities to become an agro-export investment destination, because its land is fertile, it has a favorable climate, the geographical area allows the development of internationally competitive fruits, added to the qualified local workforce for this type of products and economic activities”, affirmed Ponce.

This agricultural category trust has attracted the interest of private and institutional investors, and is well on its way. “There is a very important advance. The Nobis team has managed to understand the ideas and the process very well, and the results are visible”, said the general manager of Sembrador Capital, José Fernández.

Nobis announced that this is the first of several investment vehicles that it will implement to attract larger capitals and thus generate a virtuous circle of investment that will make it possible to achieve an impact on the national economy.

This holding company , chaired by Isabel Noboa Pontón, is made up of companies from various sectors, such as agribusiness, real estate, commercial, tourism, hotel and port. (I)