Front of Fight against Corruption will do a ‘mapping,’ it will not investigate it 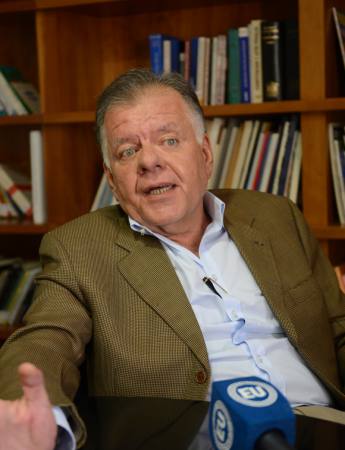 Not to interfere in investigations that are underway, such as the Odebrecht case, is the particular criterion of legal expert Xavier Zavala Egas, coordinator of the newly formed Anti-Corruption Front. The collective position on this and other issues will be defined at a meeting of the nine members to be held nextMonday in Quito. Yesterday, Zavala advanced some points, as that any member will receive a salary, and that he would not support that the cooperation of the UN allows a foreign decision.

-The Front is born with the refusal of four citizens invited to integrate it. Is this the first criticism of its objectives?
-They will have their reasons and I respect their opinion. In my case, I felt obliged to the call of the President Lenin Moreno, whose previous message had been of peace, dialogue, a kind of reunification of the country.
-The National Anti-Corruption Commission, which has existed for almost two years, considers that the Front is not an autonomous body as members of the Government belong to it. What do you think about that position?
-In this Commission, there are distinguished people. I would say that if the Front is not going to perform investigative work – what the president has entrusted to us is another thing – then criticism is needless in that regard.
– Will there be conflicts of interest if three members are from the ministerial cabinet and two were related to the former one?
– If the president has commissioned a kind of diagnosis, mapping, on the issue of corruption, so that from this mapping public anti-corruption policies, anti-corruption regulations or unveilings of corruption, criteria of partiality or impartiality do not fit because these are elements of any anti-corruption fight (I).

Ecuador will not be able to prosecute Odebrecht employees