Price freeze. The system of bands that allows the monthly increase in fuel is no more, as indicated by the president of Ecuador, Guillermo Lasso a few minutes ago in the Guayas governorate. 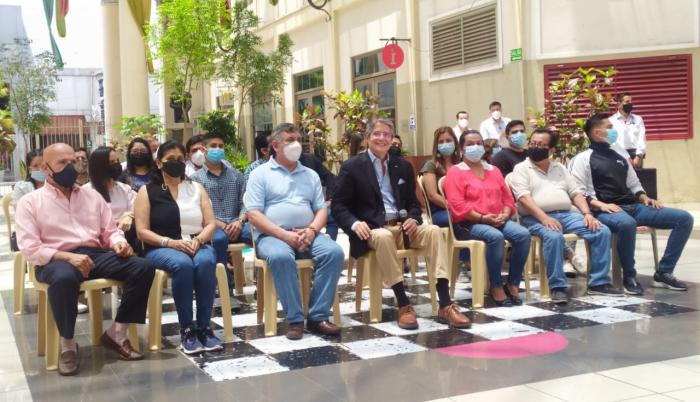 Lasso announced the decision from the Governor of Guayas.

The price of extra gasoline is $ 2.55 cents a gallon, while diesel for public transportation, heavy cargo and community is $ 1.90. He did not refer to the price of super gasoline.

“We have listened to you and the social and political sectors to generate agreements to reach a stable and good situation for all,” said the president in his speech.

Lasso emphasized that the two fronts he will focus on the most are the economy and security. It also ordered that the corresponding authorities be in charge of controlling the prices of fuels and the products of the basic basket to “protect the economy.”

In his brief intervention, he pointed out that another of the priority points to be addressed is safety and that the results of the actions will be evident soon. on

“In the first three months we generated more than 200 thousand suitable jobs, this means only one thing, that the economy is starting its engines to create jobs in abundance, it tells us that we are on the right track.”

It has been fifteen months since Ecuadorians have seen how the price of a gallon of extra gasoline, eco and diesel has been changing monthly, this due to the implementation of the band system. Before the application of this system, the price for the extra and eco had been set at $ 1.75 and the diesel at $ 1.