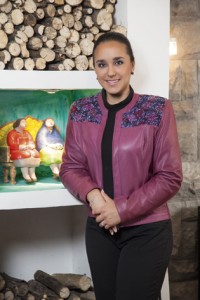 It´s just one month before the internal elections of the National Assembly, which are held every two years and where dignities such as the President, two Vice Presidents, four members of the Council on Legislative Administration (CAL), plus the presidents and vice presidents of thirteen committees and their members are chosen.

Assemblymembers of AP, the ruling party, whose lawmakers total 100 of 137, have expressed their support to Gabriela Rivadeneira, current president of the legislative function. Virgilio Hernandez, a member of CAL, will propose the re-election of Rivadeneira, as he considers that she and Rosana Alvarado and Marcela Aguinaga (Vice Presidents), represent the movement both regionally and in conjunction.

“What I propose is that our discussion, at least in the block, looking towards 2017, is to assume that we are a function that has a fundamental role in that scenario, then, on that basis it should be posed,” said Alexandra Ocles, coordinator of the block.

Rivadeneira was the most voted Assemblywoman in the country, and has also been criticized on social media for her phrase “Let the rich eat shit,” and the purchase of a house on the outskirts of the capital thanks to a Biess loan. Both episodes have been worth personal statements from the Assemblywoman.