Gaga Is Billboard’s Artist of the Year 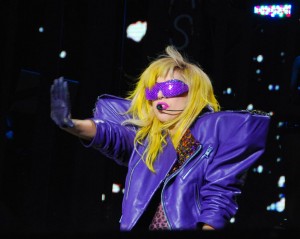 Two years ago we knew nothing about the Mother Monster, but after our ears met the sound of Just Dance, Poker Face, Bad Romance, and our eyes saw her crazy outfits, we all went Gaga.

It is not a surprise that Lady Gaga won Billboard’s top artist of the year; just a year after she took home the top new artist award. Gaga got the Billboard trophy thanks to the chart performance of her first two albums The fame and The Fame monster which ranked in position 3 and 13 respectively on the year-end Top billboard 200 Albums tally; four of the singles in those albums appeared in the Hot 100 Songs roundup, Bad Romance ended up in number 8.

Billboard’s year-end music recaps are based on chart performance during the chart year that began with last year’s Dec. 5 issue and ended with the Nov. 27, 2010, issue. The year-end Top Artists list ranks the best-performing acts of the year derived from activity on two charts: the Billboard 200 albums tally and the Billboard Hot 100 singles list.