Galapagos has become an island. It is an archipelago proper, but the covid-19 pandemic has turned Ecuador’s jewel in the crown of tourism into an isolated island in the middle of the Pacific. The flights do not arrive, the visitors do not arrive, the economic resources do not arrive and the health and economic crisis is also for the locals a social and emotional crisis. “The population is depressed, they do not leave home because they do not know what to do, the violence has exploded, there is a famine”, describes André Obiol, president of the Ecuador Hotel Association and owner of an establishment in that paradise that inspired Charles Darwin to elaborate his theory of evolution. 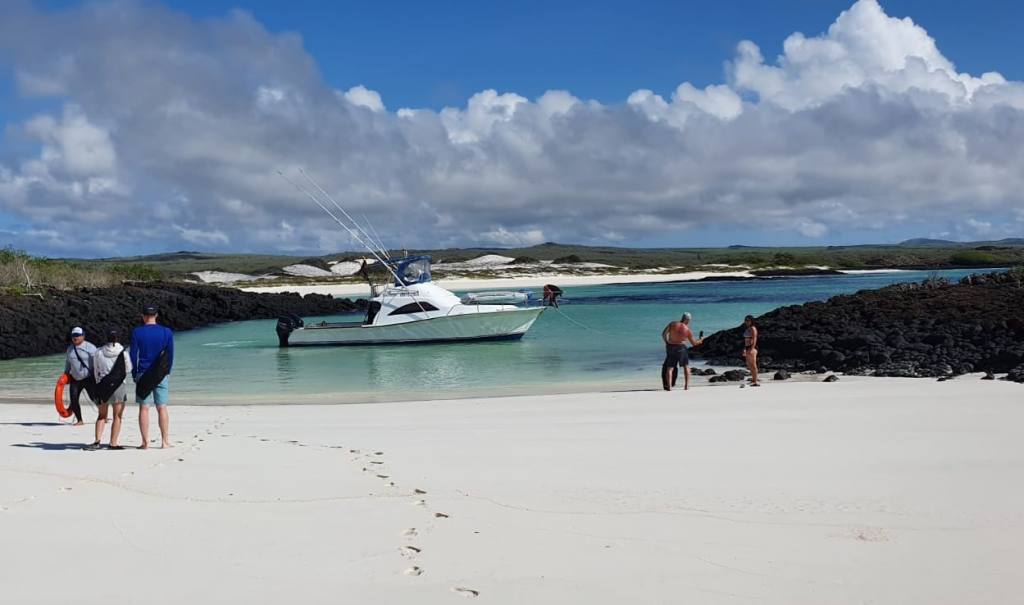 ”Life is very hard in the Galapagos if you don’t have an income. Here, the basic salary is set at double what is collected by the law for continental Ecuador due to the high cost of living. All products and services come from the continent by boat or plane, “explains the Ecuadorian businessman. “This confinement has been the worst crisis in history,” he laments, justifying his words that 95% of the archipelago’s population depends on tourism. “All of its industries live on visitors: carriers, food, supermarkets, guides, operators, small businesses… They all depend on the walk in flow. That is, of the tourists who stay and consume on the islands, taking into account that a good part of the almost 275,000 visitors that the archipelago had in 2019 come on cruises. Between March and May,the hole is 200 million dollars, according to the calculations of the Galapagos Provincial Chamber of Tourism.

“That both types of tourism are reactivated is very important, but especially land, because local dynamics depend on it,” says Norman Wray, Executive Delegate at the Governing Council of the Special Regime of Galapagos. On the other hand, the head of the Galapagos Governorate assures that the islands have managed to face the coronavirus from a health point of view in a satisfactory way.

There were infections in three of the four inhabited islands – the Galapagos has 13 large and nine medium islands as well as a hundred islets – but it never crossed the line of community infections. In Santa Cruz, there were 32 patients and 20 have recovered; in San Cristóbal, 13 cases with 12 recovered; in Isabela, 19 and all have overcome the disease. There were none in Floreana. In addition, 70 infected shippers were detected and of these, 61 are already healthy. Of the 136 total positives, two died. “All the cases were controlled,” defends Wray, explaining that the Galapagos did not have a laboratory to do tests or beds for intensive care. Now it has six ICU places, with specific personnel and six respirators, in addition to an agreement with the University of the Americas to be able to carry out PCR tests on the islands.

“We could have been in a very complex situation, if it were not for the responsibility of society. They took it seriously, “acknowledges Wray by videoconference from Quito. Now, he indicates, “it is time to start the process of opening up to tourism. Galápagos was officially reopened for visitors on July 1, but the will to travel is lacking, ”diagnoses the authority.

This lack of momentum has two main reasons: there are no flights arriving on the islands because the two operators of the route, Latam and Avianca, have filed for bankruptcy regulation and only charter flights when they are complete; and that until now it was in the air if those who intend to visit the islands, declared a World Heritage Site, had to make the usual technical stop in Quito or Guayaquil and, therefore, comply with a fortnight of quarantine. It was proposed to facilitate the direct arrival of international flights to the islands, but that option was ruled out. There is no capacity to fuel aircraft in the archipelago, no landing strips for large aircraft, and no logistics to establish a migration or customs post.

”A decision has already been made and tourists will be able to come to the Galapagos, spending a night or two in Quito or Guayaquil as before, but without the need to quarantine. Yes, a PCR test with a negative result carried out up to 96 hours before the trip will be required ”, clarifies the head of the Archipelago’s Interior. “I tell the airlines that, instead of demanding full flights or coordinating charter operations, let’s define two, three or four flights a week and there we will see what the flow of tourists is like.”

Given the lack of air connections and the definition of security protocols, the official reopening of July 1 was postponed in practice to this Wednesday the 8th. But, according to Obiol, the reality is that nobody expects to be able to start until the beginning of August in a date uncertain. “Note that we have our closest reservation for December when before it was necessary to set aside space a year or two in advance to come on those dates.”

The president of the National Federation of Chambers of Tourism of Ecuador, Holbach Muñetón, is more blunt in his criticism. “This pandemic has evidenced the abandonment of tourism. None of the governments has believed in this industry despite their announcements. Now they will allow to put the consumption in tourism between the deductible expenses of taxes, but that is a consolation prize. We have been asking for it for years. There is no aid as in other countries and there are hotel brands that are leaving the country, “summarizes the businessman on the outlook for the national industry that generates $ 2.2 billion in foreign exchange. “It is the same in Galapagos. No government has taken advantage of the Galapagos to put Ecuador in the eyes of the world, as Peru did with Machu Pichu. ” The islands, he recognizes, are the main attraction point of the country,but they do not function as an anchor for the rest of the country. “It is the jewel in the crown, yes, but it should serve to empower the rest of Ecuador. Not just an isolated island ”