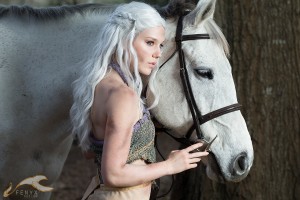 Because of the serie´s success, two more seasons will be broadcasted

Last Sunday was the premiere of the fourth season of the epic fantasy series, Game of Thrones, transmitted by HBO, which achieved an audience of 6.6 million viewers, beating only the final chapter of the series The sopranos (2007), transmitted by the same TV chain.

This first chapter surpassed the premiere of the third season, being usual that the series have an averaged of 4.4 million viewers per episode. Game of Thrones is ranked as one of the most popular programs broadcasted on the network, owned by Time Warner.

This adaptation of the series ‘A Song of Ice and Fire’, by Writer George RR Martin, announces two more seasons due to the success it has had.