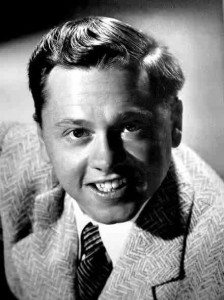 Mickey Rooney was working on ‘The Mysterious Case of Dr. Jekyll and Mr Hyde’

Mickey Rooney, one of the most famous child stars of Hollywood, died on April 6 at the age of 93. Rooney was one of the last silent film stars, and had filmed over 200 movies throughout his career, beginning with “Not to be trusted” (silent film), at the age of 6.

The actor contracted married eight times, being the first time with the diva of Hollywood, Ava Gardner, in 1942. In 1939 he received an Academy Award for his juvenile contribution and in 1983, an award for 50 years of career. Despite having been nominated four times for an Oscar, his unique statuettes were honorable.

Alec Guinness would have turned 100 today

Today is the 100th anniversary of the birth of Maria Felix