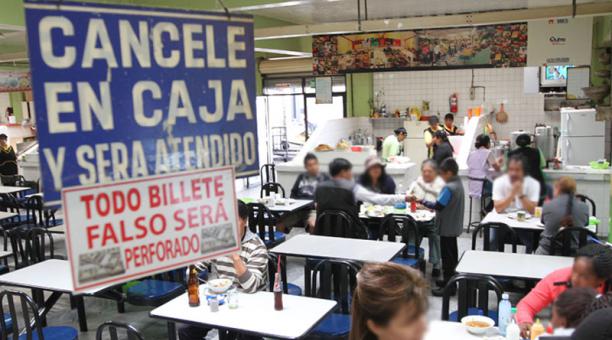 Behind the big windows Wholesale Market warehouses, in the south of Quito, counterfeit bills of USD 5, 10, 20, 50 and even 100 are exhibited. Food and vegetables stalls, however, exhibit small signs with this phrase “all counterfeit bill will be punched.”

In addition, each trader has a special marker that allows to verify that the money is genuine. This is how they prevent that suspects deceive them, because criminal gangs dedicated to laundering counterfeit money operate in markets. This is corroborated by agents of the Judicial Police who have conducted investigations.

They say that “behind this crime there are international mafias coming from Peru and Colombia” that try to introduce illegal dollars into the financial system of the country.

Correa says that OAS Secretary General “is quite out of place”