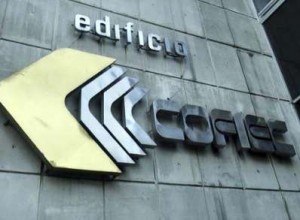 The indictment issuing audience on the Cofiec case, for the $ 800,000 irregularly given to the Argentine businessman Gaston Duzac, will be held on Monday, March 24th.

Initially Duzac was not involved, and now the Attorney includes it in the investigated group, which rise from 13 to 17.

Among those implicated are Jakeline Jimenez and Patricia Sandoval, former managers of the Risk Management Office and credit at the Cofiec Bank, entity that gave the loan. Lawyer Gonzalo Realpe, who defends them, said that someone is trying to involve innocents to cover the real culprits.

The hearing should held on September 4, but it was suspended because the appointment of Pedro Delgado as trust owner who managed the Cofiec Bank could not be found.

At that time only 13 people were involved and Gaston Duzac was not in the registry, prompting criticism.