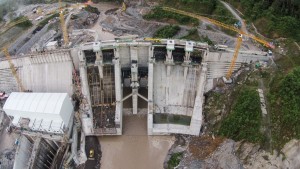 The Comptroller General Carlos Polit, yesterday rejected the complaint of the National Anti-Corruption Commission -agency formed by twelve citizens- concerning an alleged loss for the state in the construction of hydroelectric press Maduriacu, located between Imbabura and Pichincha.

On Tuesday, the commission denounced an alleged overpricing in the construction of this hydro press, in charge of the Brazilian transnational Odebrecht.

Jorge Rodriguez, representative of this group and former member of the extinct Commission for Civic Control of Corruption, said that this would represent an “additional 82%” in its cost. He complained that the dam would be producing only 10 megawatts, of the 60 offered by the government.

According to the Comptroller, in this construction three additional contracts would have been signed for $ 40’220.086,22, representing 32.2%, so the commission would be “mistakenly calculating.”