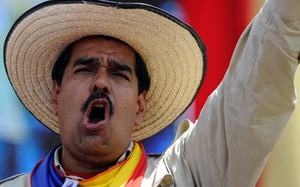 The German sociologist and political analyst, Heinz Dieterich, who is considered the father of the XXI century socialism, said that the regime leader Rafael Correa, design a bailout for its Venezuelan counterpart, Nicolas Maduro and help him out of the financial crisis that exists in Venezuela.

Dieterich published an article on the website aporrea.org explaining that if Nicolas Maduro and Diosdado Cabello want to save the process, have “an immediate solution: call Rafael Correa, the only Latin American president who has a deep (scientific) understanding of the economy market. To bring him quietly one afternoon with his economic team, hand him the actual statistics of the crisis to study at night and ask for the afternoon following a bailout. In order to avoid the collapse.”

However, Galo Mora, Secretary of Alianza Pais, who is very close to Correa, would not comment on the issue, by saying he did not knew about it. Correa could not be consulted because he is on a European tour.

While Jose Ayala Lasso, Ecuador’s former foreign minister, said diplomatically not to consider the suggestion of Dieterich. Ayala Lasso think even if two countries are very close with each other, no foreign president can tell them how to govern.

Meanwhile, Mauricio Gandara said Dieterich’s suggestion is ridiculous because “Maduro is the heir to the economic debacle of Chavez and Correa, who have followed the same economic practice.”