Germany celebrates 25 years of the fall of the Berlin Wall 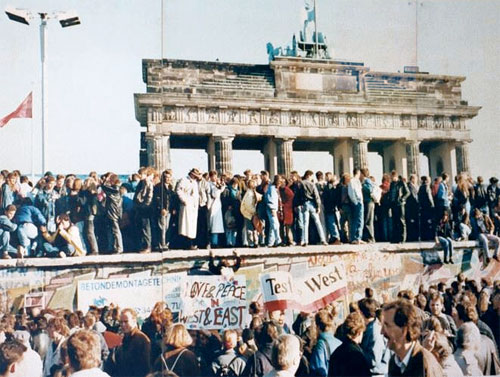 Germany celebrates in 2014 the 25th anniversary of the fall of the Berlin Wall, a wall that separated the city into two sectors from 13 August 1961 until 9 November 1989.

Chancellor Angela Merkel has opened a new permanent exhibition in memory of the Wall that divided Germany and the world for nearly three decades until its fall, the historic night of November 9, 1989 and claimed the lives to at least 138 people trying to cross it.

“We have the strength to turn things to good. The Wall proved that dreams can come true and we want to share this message with our partners in the world,” said German Chancellor Angela Merkel.

Axel Klausmeier, director of the Foundation of the Berlin Wall, said during the ceremony that “is a day of joy and hope for Germany, Europe and the world. But also a day on which we remember the victims of the Wall”.

One of the main attractions of the celebration will be the 7000 lighting balloons along about 15 kilometers of the old frontier which divided Berlin installed prior to the anniversary by the mayor-governor of the city-state, Klaus Wowereit.