‘Gotham,’ the new series of Batman 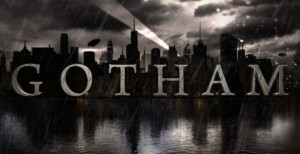 Bruno Heller, creator of  the series The Mentalist and Rome, is the executive producer who wrote the pilot of this new project, which will have 13 episodes as part of a full season, whose release is scheduled for the end of this year or next year.

The series will be broadcast by Fox network, and will focus on the police life of commissioner James Gordon, the origin of the comic book´s villains, showing a small Bruce Wayne, survivor of the attack suffered by his parents.