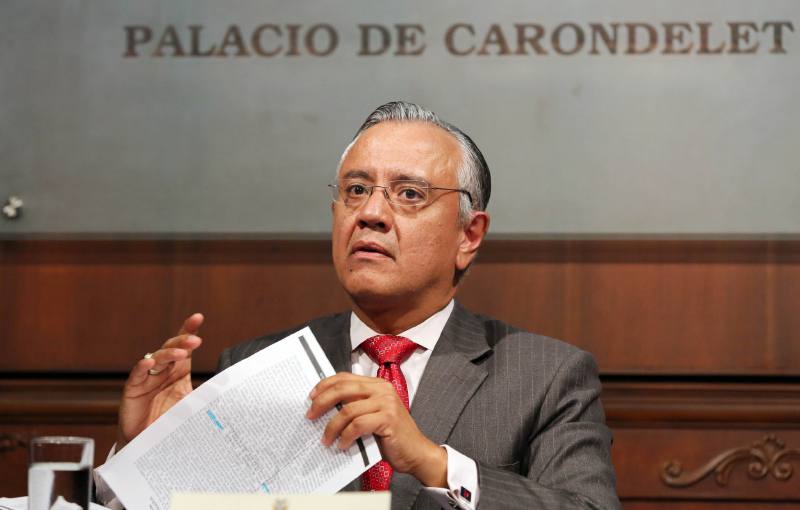 Alex B., former manager of Petroecuador, would have opened bank accounts in five different countries to allegedly receive transfers from the Oil Services & Solutions (OSS) company for the awarding of oil contracts, stated Wednesday legal secretary of the Presidency Alexis Mera.

The official summoned the press at the Blue Room of the Government House, where he confirmed he filed a complaint to the Attorney General’s Office against Javier B., president of OSS, on suspicion of bribery, which involves Alex B., who is under investigations for alleged illicit enrichment.

Javier B. was arrested Tuesday night in the interior of the Mariscal Sucre airport in Tababela, for an arrest warrant for the initiation of investigations; according to the prosecution, he was carrying $ 33,000 that day.