Government official denounces alleged cases of corruption in the IESS 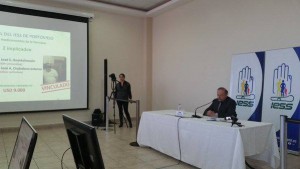 The official, who holds the same position held by Gonzalez, said that the denounces have been presented not because there is a political persecution, but because the IESS is leading an ongoing fight against corruption and inefficiency.

Two weeks ago, the former Minister of Industry also said that the Isaias brothers had contributed financially with the presidential campaign of Rafael Correa. This annoyed the president, who rejected this statement in the television debate.

On Wednesday, the executive secretary of Alianza PAIS, Doris Soliz, placed an order for judicial confession against Gonzalez. Espinoza referred to the the increase of assets and income of the Gonzalez Clinic, in Sucumbíos, owned by a cousin of the former official.

The case was reported in August 2012 by this Journal; back then, Gonzalez did not grant an interview, but in a press conference he denied there was favoritism in favor of his relatives.

Marches for and against the government took place in Quito